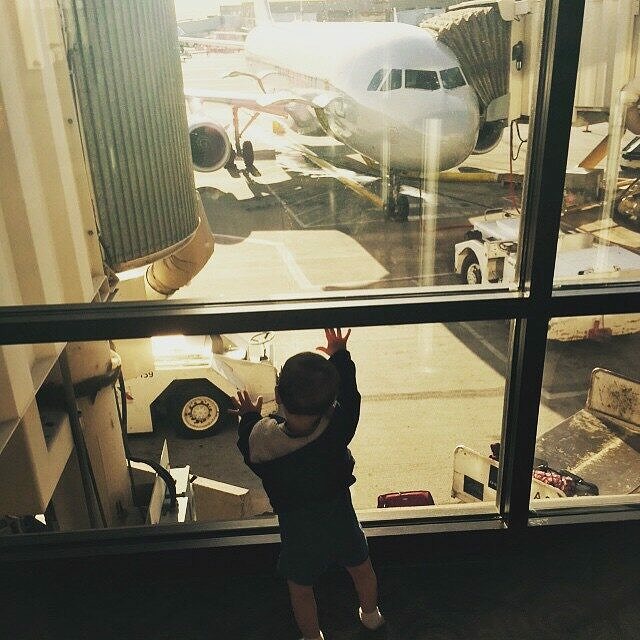 This is the first post in a series that discusses how to adapt your kids to travel and turn them into veteran travelers at an early age.

My wife and I have been traveling with our son since he was one month old, and looking back at it now, it was the best thing we could have done. When my wife, son (whose now five years-old) and I are at some random airport waiting for a connecting flight, it’s common for some on-looker (usually some middle-aged woman) to make the comment, “Your son is so well behaved.”. What’s the secret? Get your kids accustomed to travel early and often. For us, we started when our son was one month old. Remember, just because you have kids doesn’t mean that the life you and your spouse share ends, it just means that you and your spouse begin a new chapter in each other’s life, and your offspring is just living in it.

My wife and I love to travel, explore new places or revisit old ones. Either way, we have the wanderlust gene, and if you are anything like us, just because you have kids doesn’t mean that that gene goes away. In fact, it’s quite the opposite. Having kids means that you double-down on the wanderlust so that kids get exposed to the same wonderment of travel.  So, rule #1 for traveling with kids…Start early and often for two reasons; 1) You get your kids accustomed to the notion of travel. The idea that we’re going on a journey and that even though the destination will be fun and exciting, it’s the journey that brings us together, and 2) The earlier you travel with kids, the sooner you, as a parent, will get things “dialed-in” in terms of what works for you and what doesn’t when traveling as a unit.

I remember vividly the first time my wife and I traveled with our son. He was one month old, and we were traveling from Flagstaff, AZ to San Diego, CA. I was traveling for work, and my wife came along with our son, because, who doesn’t want to go to San Diego. We had a connecting flight from Phoenix to San Diego, and while boarding that flight, a woman saw my wife with our infant son in tow in a sling, and for whatever reason she felt compelled to turn to my wife and say, “You’re so brave.” To this day, my wife and I are still confused by that statement. What, we’re brave for traveling with our own child? We’re brave for believing that our wife and I still have a life and our son is just living in it? The more my wife and I think about that statement, the closer it gets us to getting an aneurism.  I mean really…how did mankind survive all these thousands of years?

One thing we learned from that first flight experience is that we shouldn’t let social norms of our current day-and-age society impede the things we want to do; the places we want to see; or the experiences we want to experience and having children shouldn’t get in the way of that. Selfishness is one way to look at that notion, but another way to look at that notion is to have your children to have the same mindset, and the only way to do that is through example.  If we were to rewind the clock thousands of years, whether you were 29 years old or a 1 year old; if we didn’t travel, we didn’t survive. Travel is innate, so embrace the experience of doing so with your young ones.

So, the first rule with traveling with kids is start early and do it often. Whether it’s a flight, a road trip, or even a hike in the nearest woods; it doesn’t matter. Get your kids accustomed to movement with the notion of “going from here to there.” Just the notion of travel and movement is key. One thing that I have noticed is that the same “early and often” rule can be applied to many other things, not just travel. For example, our son has been on skis since the age of two and he’s now a 5 year old shredder that can totally rip it down the mountain. I have found that the “early and often” rule sets you kids up to be more adventurous and curious about the world.